General Technologies Corp. is a Canadian company, and was incorporated in the province of British Columbia on August 16th, 1988. Its first two products were cordless circuit testers, models CT8002 and CT8007. These two products quickly became established in the marketplace, and for the next three years the company worked on expanding its distribution network throughout Canada, United States, Europe and Asia, under the brand name Sheffield Research, which was acquired by General Technologies Corp. in the late 80’s. 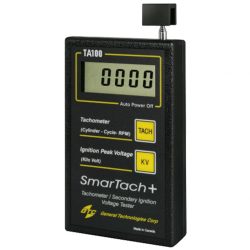 In 1992, General Technologies Corp., introduced the first handheld wireless digital instrument capable of measuring secondary ignition voltages in spark plug wires, the Smartach+, model TA100 which also had the capability of measuring engine RPM without connections to the ignition system in engines with 1 to 12 cylinders and 2 or 4 strokes.

In 1993, following the success of the TA100 Smartach+, General Technologies Corp. introduced the TD101, with the same capabilities as the TA100 but also able to measure RPM in Diesel engines.

Some product milestones include: the first short / open circuit tracer/detector for the automotive industry, model FF300, and the first stand alone milliamp capable current clamp meter for DC current specially designed for automotive applications, model CM100 and the ST05 Oxygen Sensor Tester and simulator, first of its kind able to test and simulate all the oxygen sensor technologies available in the automotive industry. 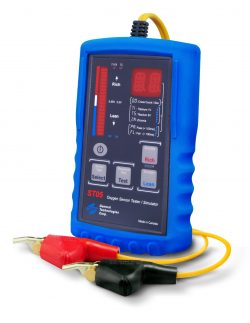 At GTC we are committed to creating quality tools that solve everyday problems, and contributing to the technical innovations that make our lives easier and more advanced. To support this objective, we maintain and operate our own in-house Research and Development department and Engineering staff, calibration capabilities and a manufacturing plant, with state of the art technologies and equipment in British Columbia, Canada. Our products are marketed worldwide to automotive and industrial users by a select network of distributors under the General Technologies Corp. name, as well as private label brand names for our clients.